A tribute by Maria Farantouri to women and female creation from antiquity to the present day.

Part I
Ancient poetesses, unknown, silent, lost in time, fragmented in damaged papyri and parchments: Anyte, Herina, Korinna, Moero, Nossis, Praxilla, Telesilla, but also the famous Sappho, find their way in modern Greek by Thanos Tsaknaki, their place in contemporary music thanks by Lena Platonos and gain a voice to speak again, some twenty-five centuries later, thanks to Maria Farantouri. Nature, the tender relationship with animals, childhood friendship, love, claiming a place in the world as experienced and attributed by women. 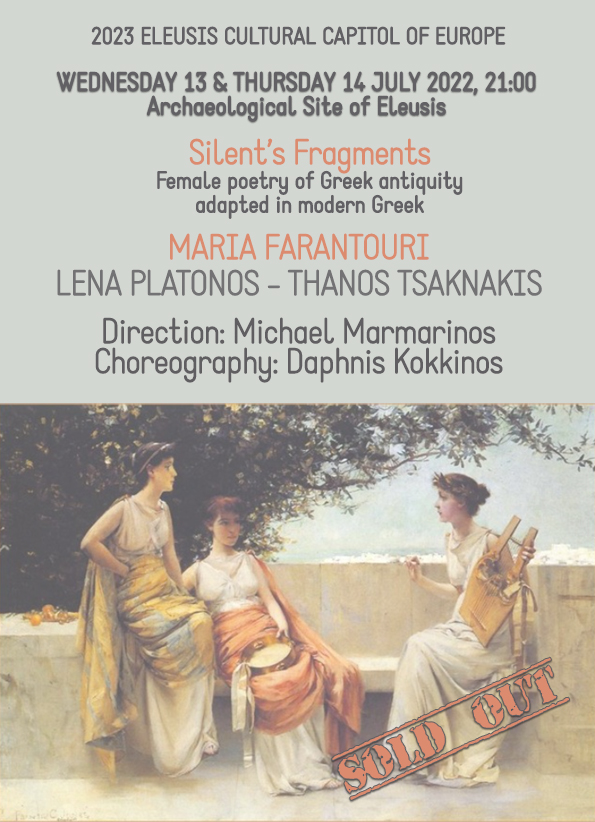