March of the Spirit & Songs by Mikis Theodorakis

The Greek National Opera continues for a second year its tribute to the internationally acclaimed Greek composer presenting -in the first part- his oratorio March of the Spirit set to poetry of Aggelos Sikelianos, as well as -in the second part- some of his well-known and beloved songs set to poetry of other great Greek poets.

A work of mental awakening and spiritual upliftment, the March of the Spirit is written at a time when the world is emerging from the maelstrom of World War II. Sikelianos’ high poetry calls for a gallant, grassroots effort to restore Greece after the darkness of the German Occupation. Exiled to the mountainous village of Zatouna by the Greek junta, in 1969, Theodorakis is inspired by the great poet’s rousing words and creates a composition that is thrillingly performed by Maria Farantouri, Antonis Kalogiannis and Yannis Theocharis shortly afterwards, when the composer is released and conducts the work himself, at the Albert Hall, with the London Symphony Orchestra. Maria Farantouri, the ideal Theodorakis interpreter and first performer of the March of the Spirit sings, now, with the distinguished bass Tassos Apostolou. The March of the Spirit is dedicated to the spiritual rebirth of Greece whenever it faces difficulties. It is a continuous call for humanity, peace and culture.

In the second part of the concert, Maria Farantouri and Thodoris Voutsikakis perform some of Theodorakis’ most popular songs, arranged for a symphony orchestra: Old Streets by Manolis Anagnostakis, Song of Songs by Iakovos Kampanellis, The Laughing Boy by Brendan Behan, Beautiful City by Yannis Theodorakis, Don’t Cry for Romiosyne by Yannis Ritsos, To Samos by Andreas Kalvos, etc. 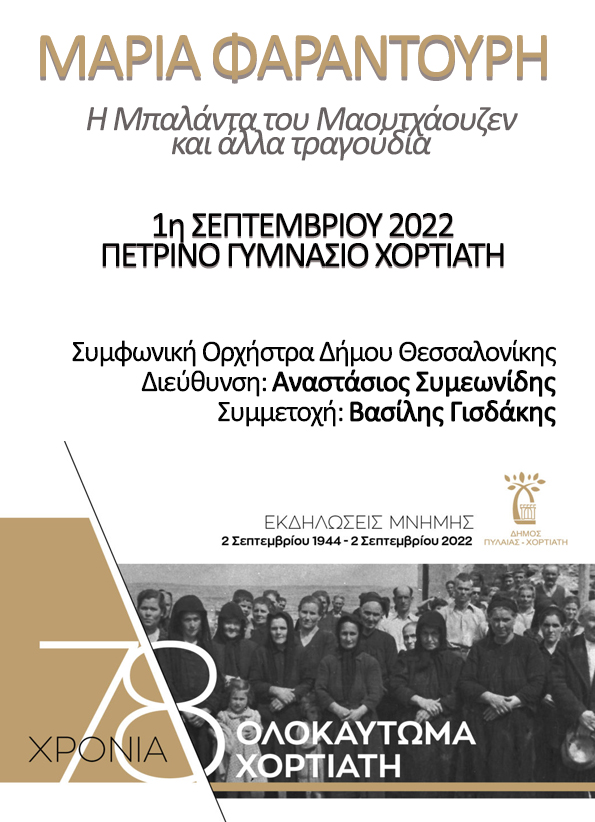 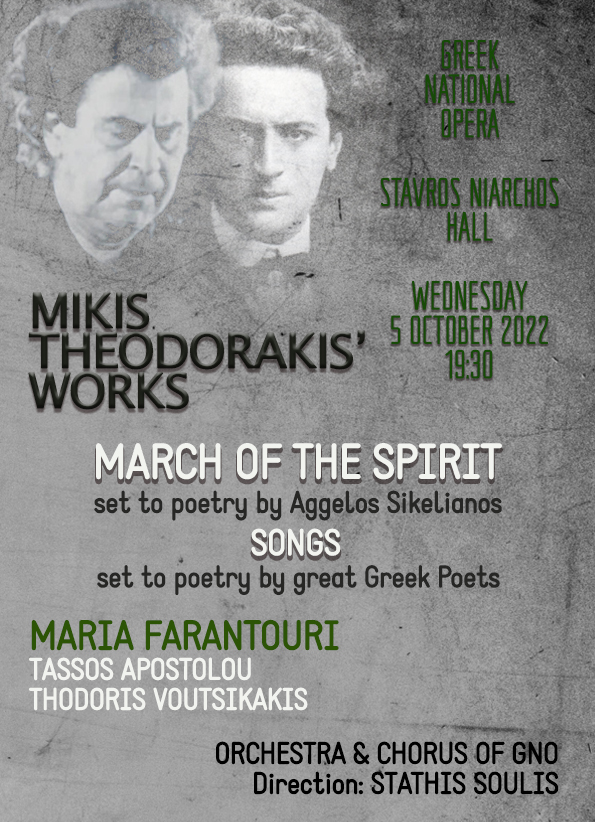