Maria Farantouri joins the events commemorating the first anniversary of the Joint Declaration of the Leaders of North and South Korea to ease military tensions between the two countries.

Peace Maker. In the first part of the concert, soprano Sunyoung Seo with the Gyeonggi Philharmonic Orchestra and the choir of Uijeongbu City & the Grande opera Choir, under the direction of conductor Jung Nara, performs the 3rd Symphony of Mikis Theodorakis. In the second part, the Greek singer -with Henning Schmiedt on piano- performs well-known songs by Mikis Theodorakis, including Denial, in poetry by Y. Seferis, in which the Korean composer and singer Jung Tae-choon collaborates, in Korean, with his musicians. (22.09, Uijeongbu, Arts Center).

Maria Farantouri meets at Seoul activists, artists and intellectuals:
–Phan Thi Kim Phuc, now UNESCO Goodwill Ambassador, known as the “Napalm Girl”: it was June 8, 1972 when the then nine-year-old Vietnamese shocked the world with a photograph depicting her naked running to escape a napalm bombing in Vietnam.
–the composer and singer Jung Tae-choon, known as Bob Dylan of Korea, and his wife, Park Eun-ok, singer.
–the writer and astrophysical Menas Kafatos and his wife, biologist, Susan Yang. 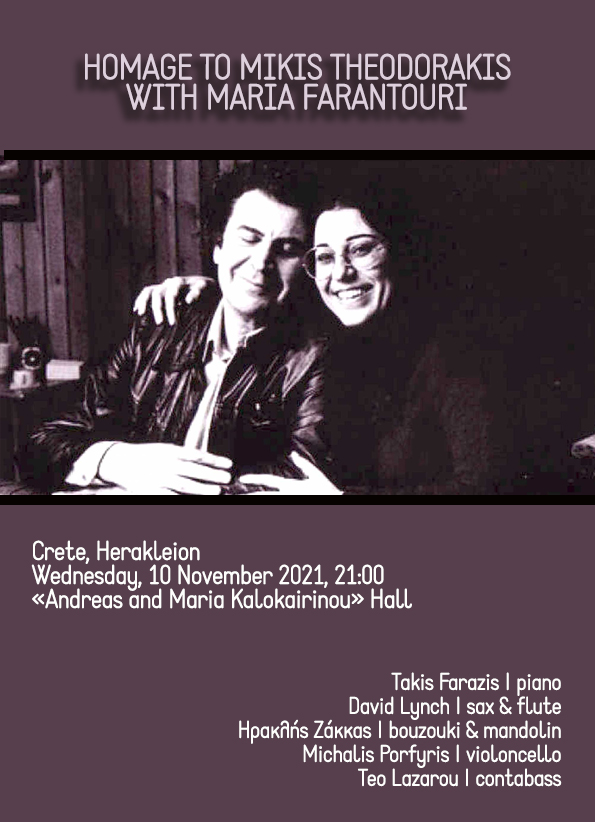